Baked Brie with Apricot Jelly is the three-ingredient recipe you need for a fall appetizer idea!
One of the easiest appetizer recipe you can make! 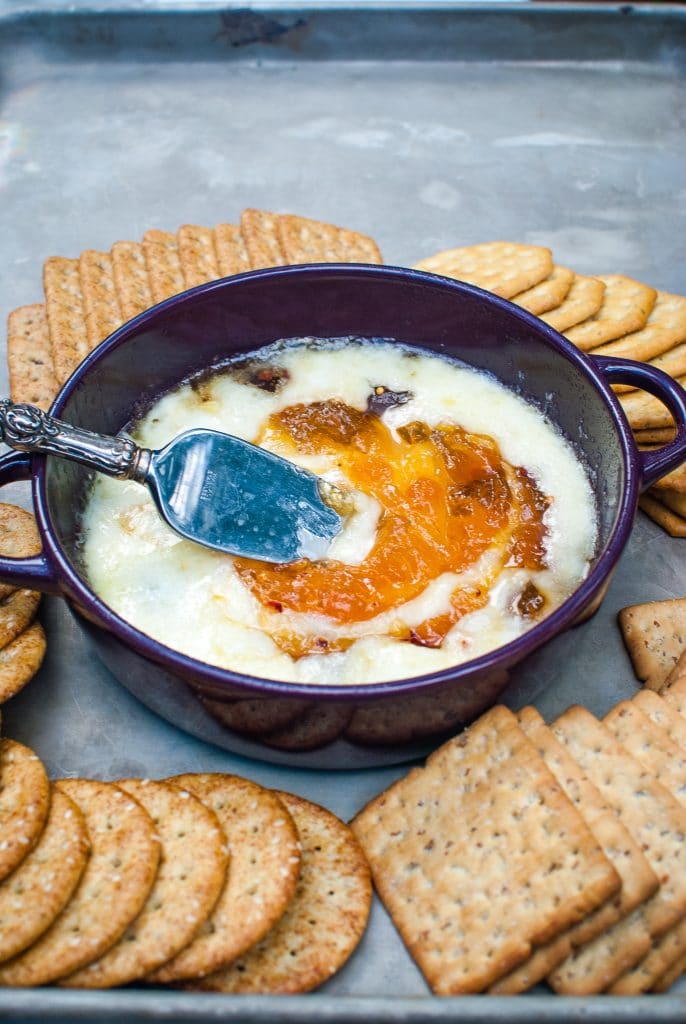 I’m always on the prowl for good easy appetizer recipes. Ones that take a few minutes to prepare, using a few ingredients, and is a complete show stopper! This Baked Brie with Apricot Jelly meets all those requirements!

Baked brie with apricot jelly is baked in a ramekin dish after removing the rind. Spread a liberal amount of apricot jam on top, and a nice sprinkle of red pepper flakes. You’ll pop it into the oven until it’s melted and gooey, and just absolutely perfect for Fall weather! 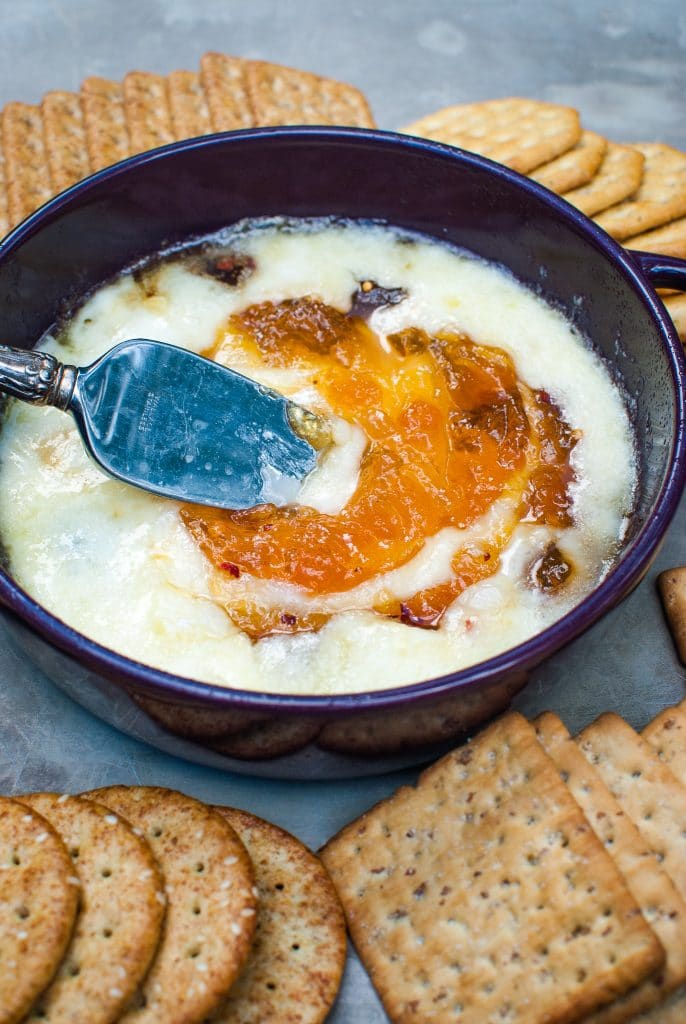 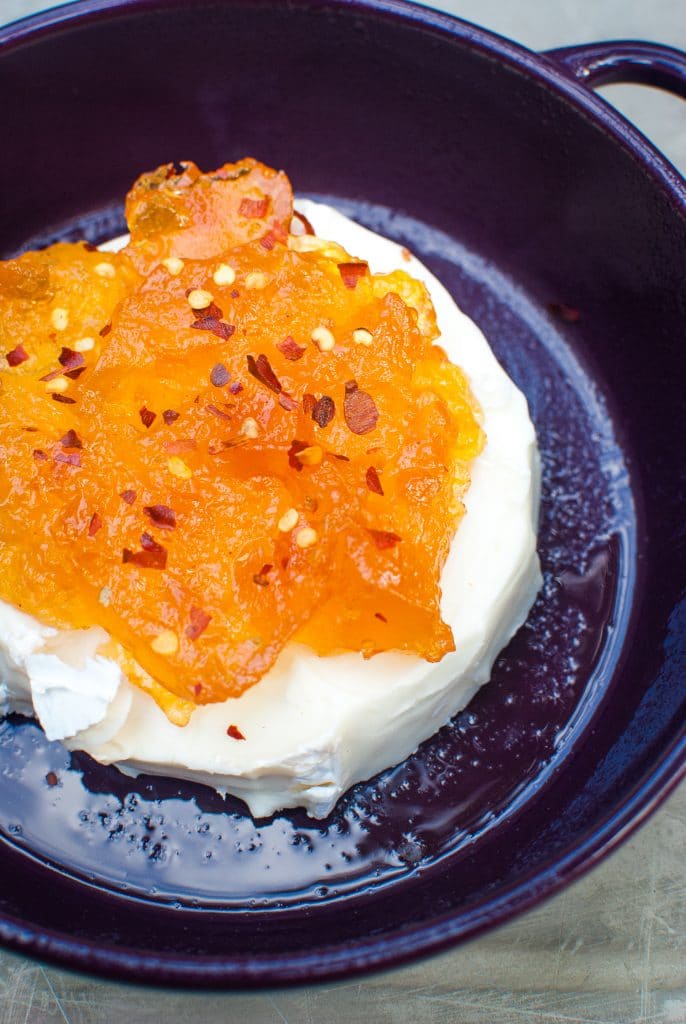 There are many, many, many versions of baked brie on the internets. And, while this is one more, it’s a very simple version. I’m not a fan of the rind, so I removed it. I don’t know why the puff pastry is there in my recipes – it gets in the way of the cheese. I’m allergic to berries, and apricot preserves are so lovely in the fall. Adding the red pepper flakes for a bit of a kick is just the thing you want when you have a chill in the air. 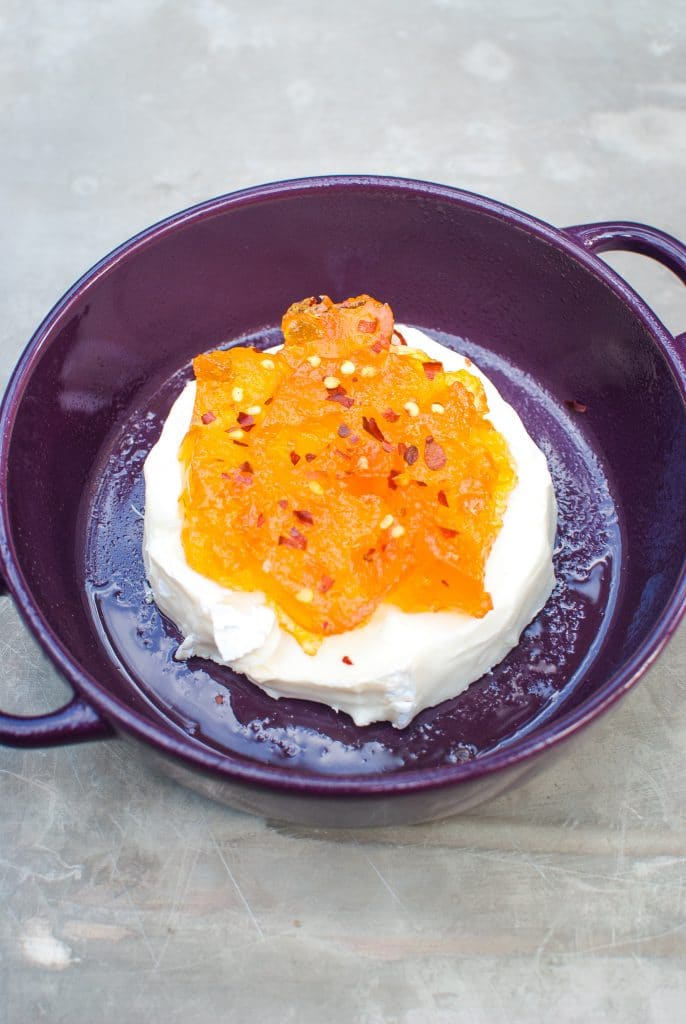 Where does Brie come from?

Brie cheese is from Brie, France. It’s in the northern section of France. Brie is a soft-ripened cheese made from cow’s milk, aged 5-6 weeks. Most people enjoy eating the rind and think it adds extra flavor.

When I was in France in high school, one of my favorite things to do was to eat a french baguette with brie cheese inside. Nothing like it, y’all! 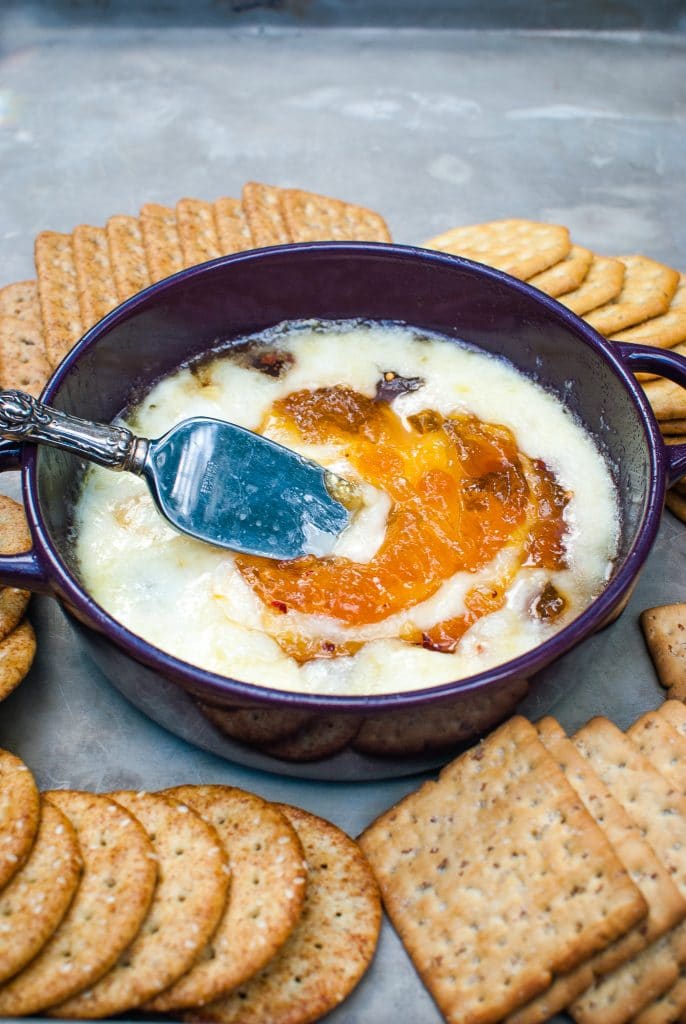 Growing up, at all the parties we would attend there was always some version of brie en croûte on the appetizer table. Baked in a light puff pastry with any kind of jam, nuts, dried fruit, and usually bourbon. They were all delicious! But, one thing I noticed over and over was people often didn’t eat it. It was super pretty and looked like it took a while to prepare. It was kind of intimidating to be there first one to break into it! If you plan on serving baked brie in puff pastry, be sure to “start” the dish on the serving platter. That way people will dig right in!

Baked Brie with Apricot Jelly is the three-ingredient recipe you need for a fall appetizer idea! One of the easiest appetizer recipe you can make!

Red Pepper Flakes – however much you prefer 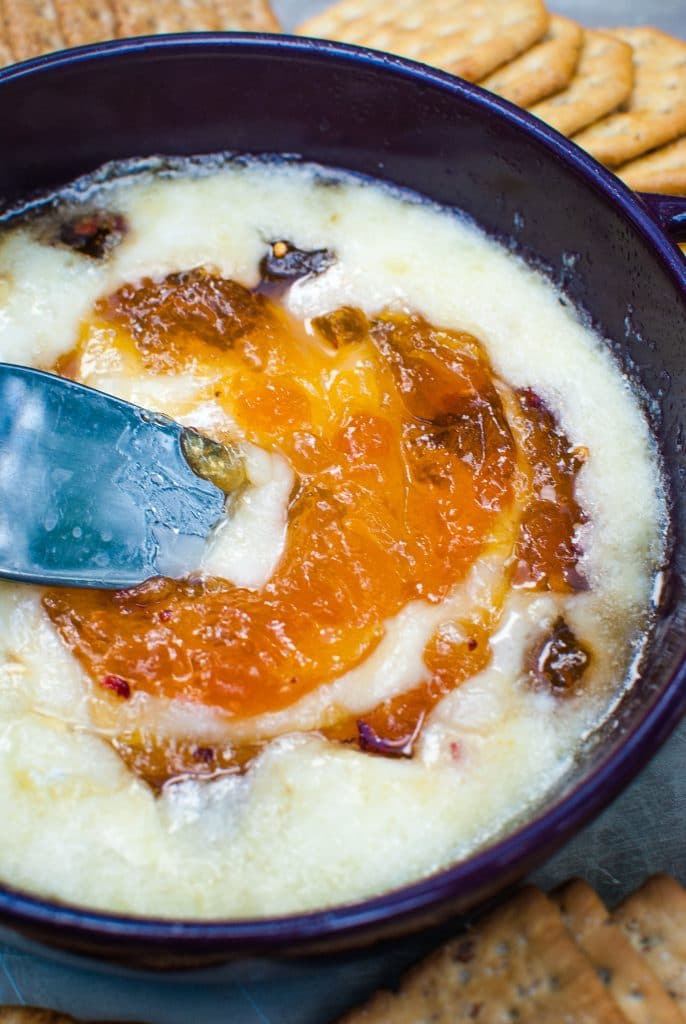 This site uses Akismet to reduce spam. Learn how your comment data is processed.

I'm Ashley and I believe life starts at the table. Since I was a little girl, my favorite place to be is at the kitchen table -- surrounded by the people I adore, eating delicious food, and listening to family stories. Let's create life around the table!

Sriracha Chicken Dip has got the mouthwatering spi

You're hosting dinner, and you’ve got two things

It's zucchini season in the garden!🍽⁣ ⁣ Thi

Are you rushed off your feet?⁣ ⁣ It’s Monday 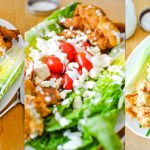 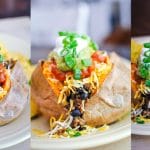 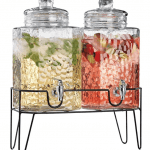 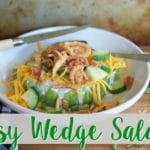